The trip to the Australian Giant Cuttlefish gathering took us over Horricks Pass, up the Gulf past the extreme techno-sustainability hubris of Sundrop tomato “farm”, through Port Augusta and out to Point Lowly, taking us until midmorning. There were lots of people getting in and out of wet suits, some with scuba gear, most with snorkels viewing the cuttlefish just off shore in a few metres of water. Jonathon has glass bottomed sea kayaks for those not wanting to get into the quite rough surf but apart from David and a young Korean woman, Jonathan’s other mature age prospective “clients” declined the opportunity. David’s experience with kayaks allowed him to navigate the surf but water inside the boat made viewing a bit difficult so we both took to the water after kitting up in wet suits. Su got the one hood but had trouble keeping water out of the mask and snorkel in the surprising swell nearly 100km up the Gulf from the southern ocean. David had more success but without a hood, the pain of the cold water was bad enough not to stay too long gazing at the creatures fraternising below. After changing we joined Jonathon, the Korean woman and a local woman who works in conservation (and had done a PDC at the Food Forest that David co-teaches on) for eats and warming drinks. Jonathon’s mature age clients had left but a Whyalla mate of his, Ron, turned up after a not very successful morning fishing. We headed out the Pt Lowly lighthouse, shared a late lunch on the sheltered side of the Point and followed Ron on a vehicle tour along a track past one free camp spot after another on the Fitzgerald Bay foreshore until we got to the interpretive signs explaining the rare Stranded Shingle Geological Feature that marks a higher sea level 4,000 yrs ago. We selected the most sheltered campsite we had passed and Ron left us to set up camp in what seemed close to perfection.

That evening we were talking to our friends Maureen and Stephen from Tassie who happened to be on their way to WA as well, and had planned their visit to Jonathon in Whyalla well in advance of us. Next day they arrived shortly before our personal eco tourist host Jonathan appeared after his round of patients, with a sailing trimaran on his car roof rack. After a delicious dinner prepared by Su mostly of the O’Reilly’s vegetables but sumptuously supplemented by ingredients purchased by Jonathon to celebrate Stephen’s 66 th birthday. Jonathon gave David a lightening lesson in assembly and operation of the sailing boat and associated gear and headed back to town ready for next day in the clinic.

While David’s kayak experience is considerable, his sailing experience was limited to being in sailing boats following instructions decades before. The waters of Fitzgerald Bay were not totally flat like the day before but with paddles and peddles as backup we headed out while Stephen and Maureen stayed on land. Su somehow recovered her experience sailing as a 16 year old to skipper the boat and there was just enough wind to get the trimaran moving, at times nicely, to have a splendid time and not stray too far from shore. 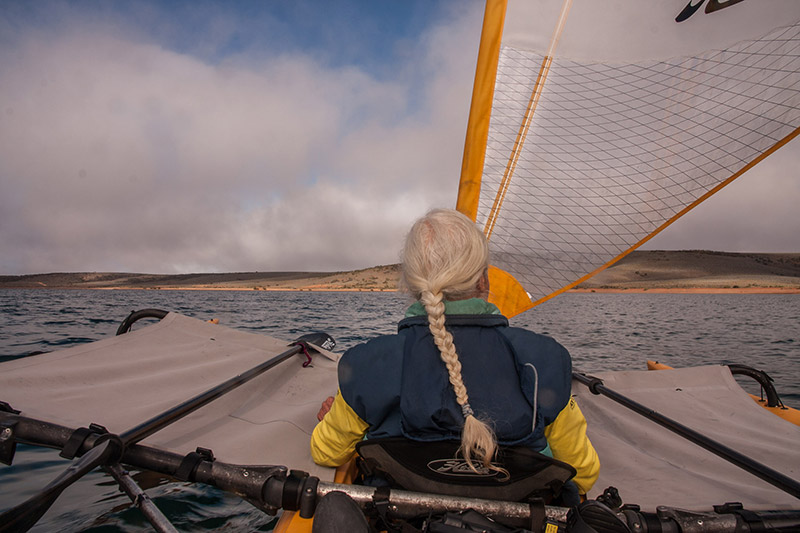 Maureen and Stephen headed off down the Eyre Peninsular promising to catch up in the West and we took the boat back out for another sail followed by a bout of diving in 3m of water for mussels and oysters by David, this time with wetsuit AND hood. A meal of foraged seafood topped off a perfect day that made us feel the luckiest people alive.

Next morning we made an early pack up, including dismantling and loading the trimaran onto the camper trailer True Blue for the 50km to Jonathon’s digs in Whyalla but found the car battery was dead flat after being on accessory for three days. We availed ourselves of our RACV roadside support (provided by the friendly local RAA agent after a two-hour wait), and caught up with the ever busy but enormously generous and engaging Jonathon. We did a brief tour of the Whyalla suburbs and CBD marvelling at how the Norfolk Island Pines and Frangipani grow in the desert climate with less than 250mm of rain, noted the empty shops, fallen house prices of a once great steel town dependent on the trials and tribulations of corporate and government manoeuvres concerning the future. We bought discounted stock of packaged whole foods at an old style health food shop and discovered the New Green Economy shop of bulk food and recycled stuff across the street and got a lead about a backyard farming operation but failed to track it down before heading back through Port Augusta to a late free camp off the road through Horricks Pass.

While in town we discussed options for purchasing food supplies before the long trip West. David noted that Pt Augusta was the best chance to buy anything we would consider eating while Su maintained the hard-line no to Moles and Bullies even though the range of organic produce would have probably been greater. A snap decision had us in Foodland supermarket (independently owned businesses that are concentrated in SA). We left with Paris Ck biodynamic milk, Tasmania natural yoghurt, mainland hard cheese, and a large iceberg lettuce and package of mixed salad to satisfy our salad habit with more disgust on Su’s part and more relief for David that we would be resorting to a Nullarbor roadhouse to supplement dry goods and roadkill.

Next morning we took a freshly graded and muddy road out to Hancocks Lookout for the fantastic view over the Gulf. A slight error of judgement and we had The Blue and True Blue bogged not far from the lookout point. David walked down to the lookout while Su stayed with the vehicle beside magnificent sugar gums in a landscape of incredible beauty but bleeding from drought, hard grazing and over-cropping. A helpful Adelaide couple kitted up for a trip up through the outback used a small fraction of their vehicle recovery capacity to get us out of the mud and on the road back to Wilmington for an office session in a café, a late camp-prepared lunch before heading to Lyall and Lili’s for reunions and first meetings. 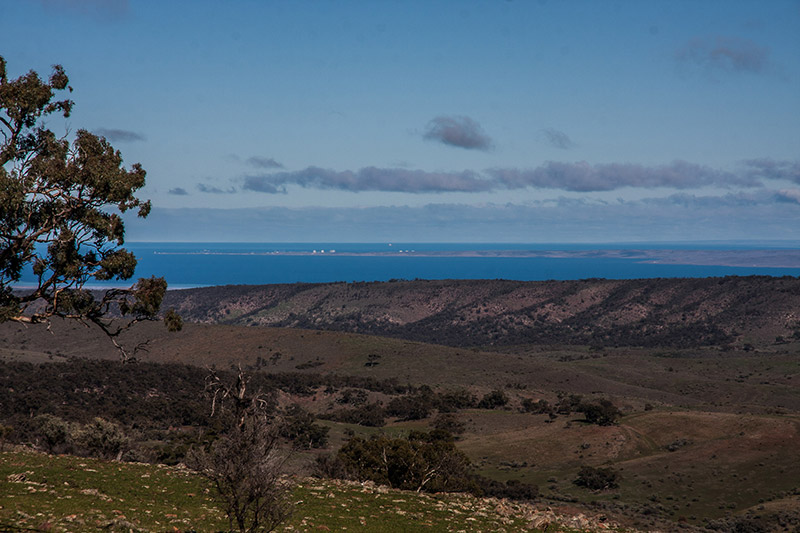 Two days back on the farm with our hosts at home had us accommodated in one of their caravans, having hot showers (first in weeks), sharing meal preparation and stories around the massive red gum slab bench in the kitchen, and having explanation of the successes and failures of 30 years of pioneering bush food tree crops in a semi arid landscape. Connecting with Lili and the kids after all these years and getting a better understanding of the journey she and Lyall are on together was special for us.

During our stay we also had time using power, internet and even printer to catch up on overdue writing, photo processing, and business communications. Best of all, with Lyall’s help creating a makeshift set of ramps, David managed to fix the custom made bash-plate to protect the magnesium alloy sump of The Blue from stray rocks on dirt roads while Su cleaned some of the Hancocks’ Lookout road mud from the windows, body and wheel wells. 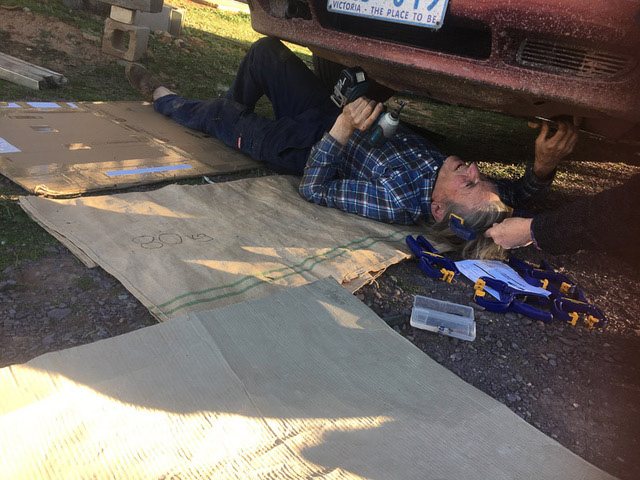 The journey of the bash plate to Wilmington Post Office must have been by one of the more enthusiastic mountain bikers that frequent these parts rather than any fossil fuel powered vehicle but we shouldn’t complain because decades ago, we never expected postal services would be much chop in the 21 st century.

Loaded with fresh rainwater and bush tucker treats we said goodbyes in preparation for heading west after wonderfully serendipitous adventures in the Southern Flinders and Spencer Gulf. 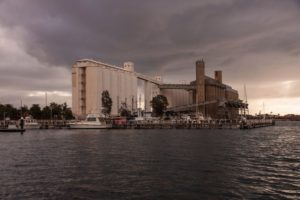 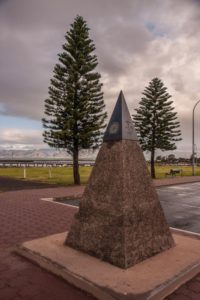 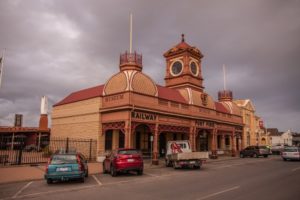 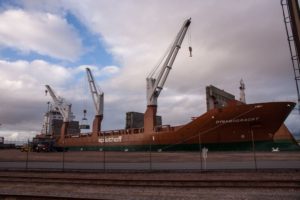 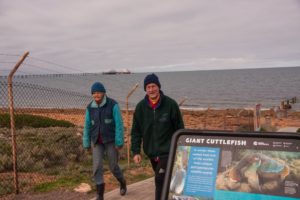 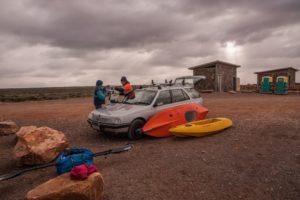 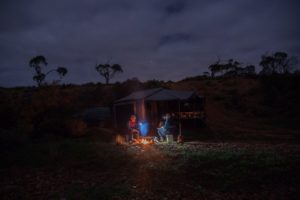 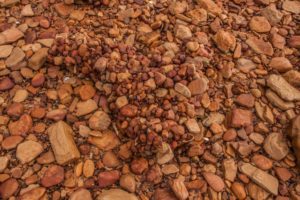 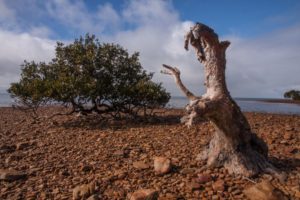 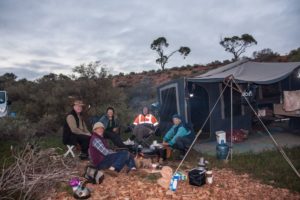 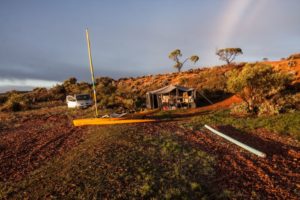 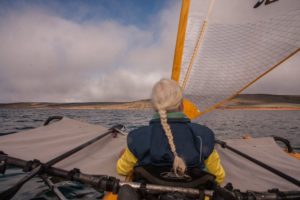 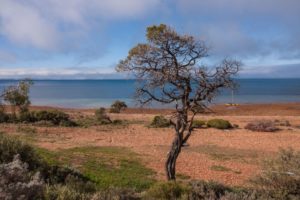 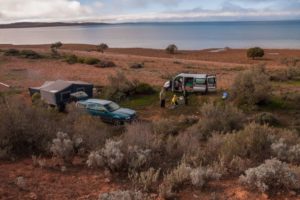 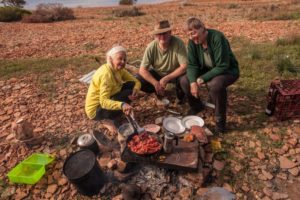 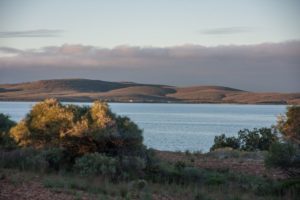 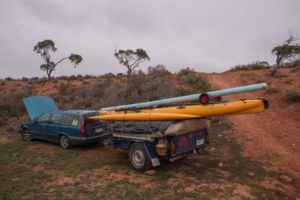 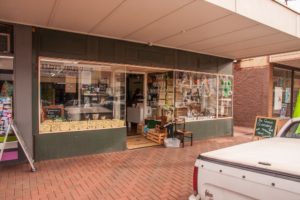 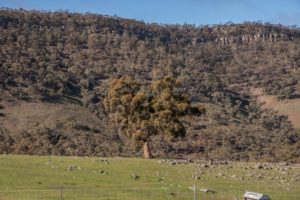 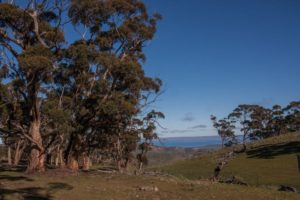 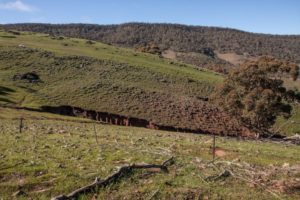 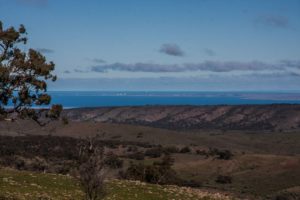 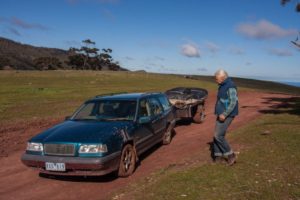