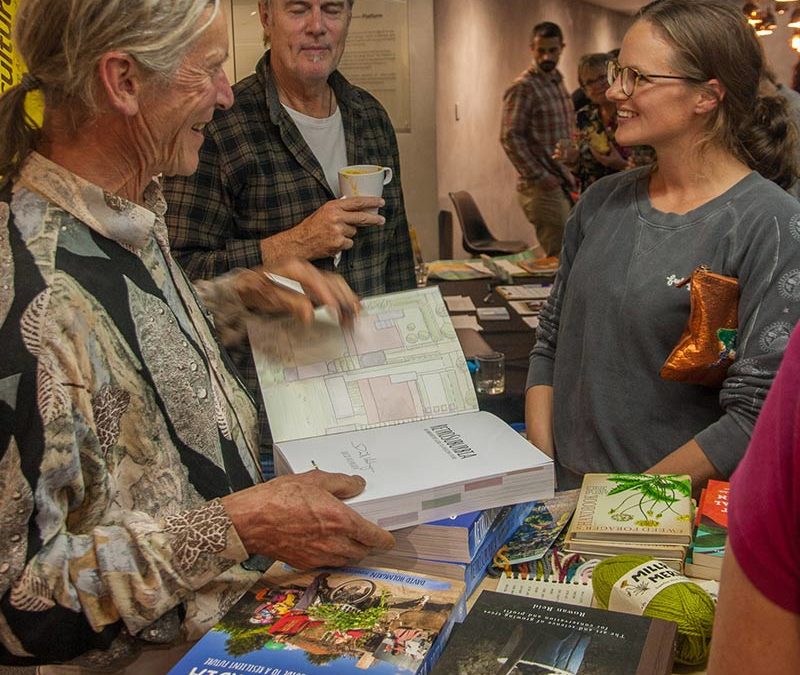 Ecoburbia is a place of overlapping semi-autonomous households mixed with visitors from the walkable and wider neighbourhood, activated and energised by the “benevolent dictatorship” of Shani Graham and Tim Darby. In 2014 David and Nicole Foss were hosted by Shani and Tim while they were engaged in their radical retrofit of a 1970 Italianate house they had recently purchased on the Beaconsfield ridge (with views of the Indian Ocean!) after their move from the legendary Hulbert St less than a kilometre down the hill in the back dune swales of South Fremantle. 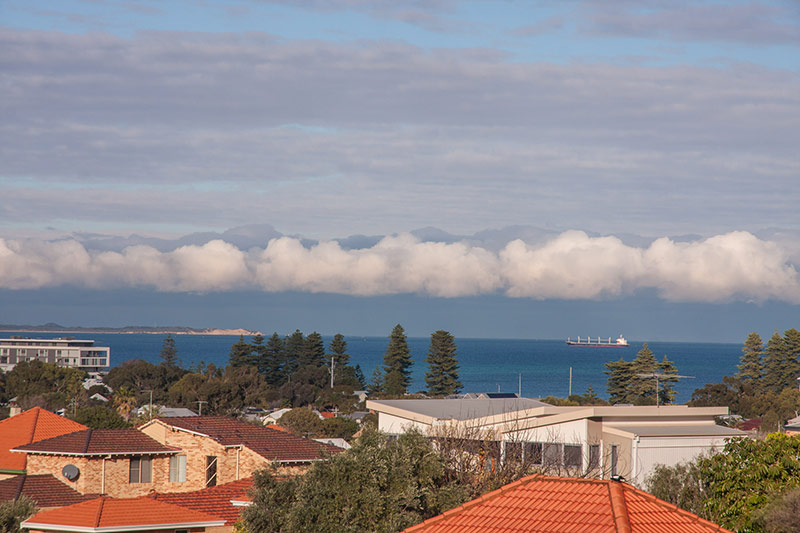 The next visit in 2015 during the Australian Permaculture convergence was with our son Oliver and colleagues Richard Telford and Beck Lowe: most of the team working to create the book RetroSuburbia. The gardens were beginning to take shape and the goats had become the celebrities of the neighbourhood.

This time the welcome felt almost like a homecoming to the West of David’s childhood, but transformed in line with his vision for the future. For Su it was the first time at Ecoburbia but she slipped into the comfort of a kitchen with an ease noted by Shani. Shani and Tim have got to be some of Freo’s greatest community networkers but cooking is not a passion for either of them. With a garden bursting with salad and brassicas in need of cooking, the best goats milk she had ever tasted and made into yoghurt, preserves similarly in need of use, abundant honey and a stream of ingredients and prepared food from grateful cooks returning favours for something or other from Shani and Tim, Su didn’t need any encouragement to take over the kitchen. Getting close to goats and the possibility of milking was a bonus. 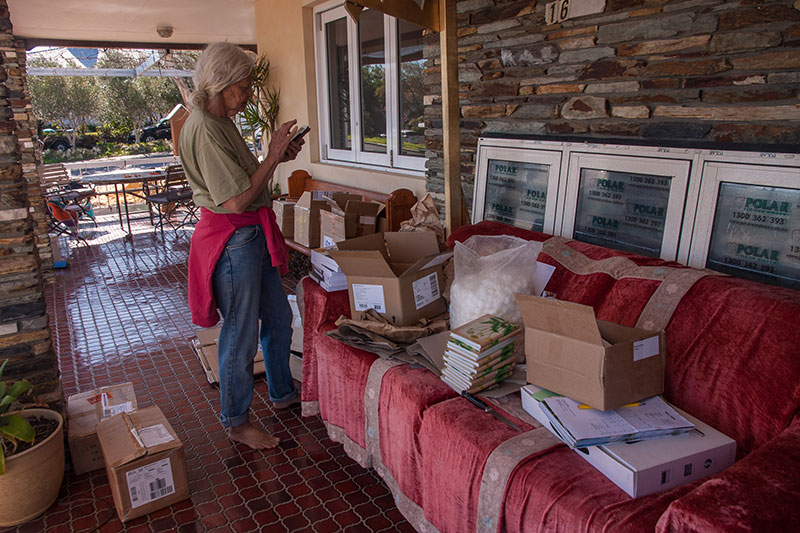 We had a few days to clean up from feral bush camping, unpack and check the 15 boxes of books that had arrived restock the travelling shop and focus on upcoming events. Reliable high speed internet allowed David to add links and references to collection of blog posts drafted but not finished and begin uploading the photo galleries that accompany this blog. He didn’t make as much of regular contribution to the Ecoburbia household economy as Su but he did take the secateurs to the huge grape vines covering the trellis that Tim was in the process of building during his last visit. The grapes were already beginning to show active sap from unseasonably warm winter weather. 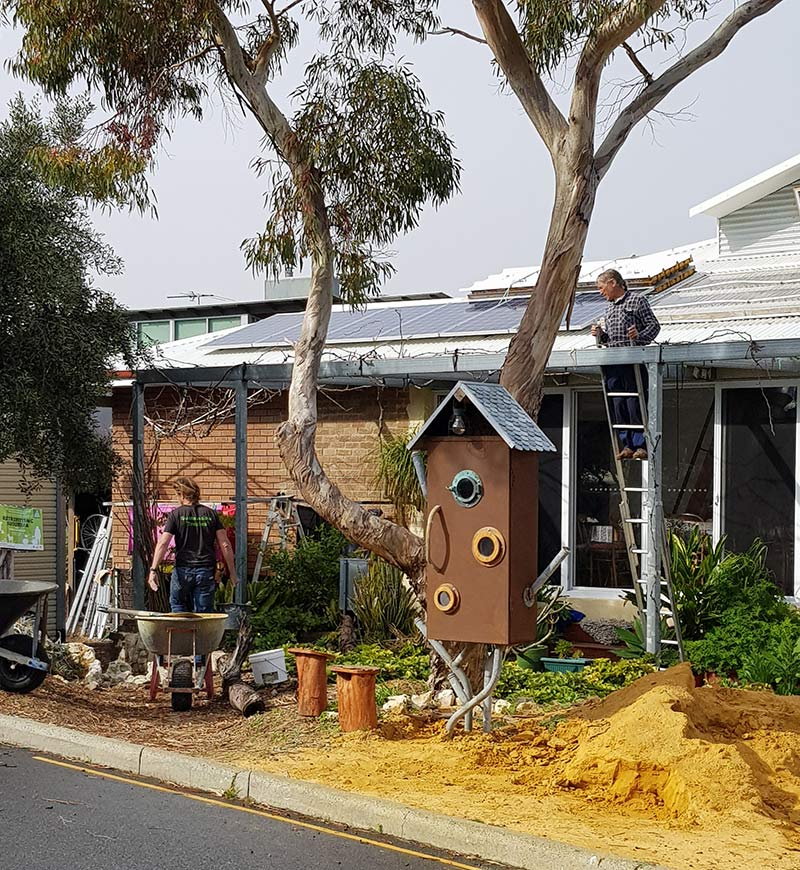 The first gig on Friday 2 nd of August was organised by the ever active Tanvier Fowler of Permaculture West as the first of a series of Retrosuburbia events to help celebrate 40 yrs of PAWA (as it was known over most of those years). The Enkel Collective, with focuses in the P2P (peer-to-peer) and New Economy Networks were the partnering organisation providing the venue: The Platform, a slick third floor venue in a Perth CBD multistorey office building.

Parking to unload and get into the building proved to be complex, and there were some technical hiccups that had David a bit on edge with the sounds effects of Aussie St being car horn loud. A “brother” from the local Noongar people gave a welcome to country, played the didge and stayed for the presentation which went well with the crowd of about 60 laughing at the story’s light and challenging bits. They asked some good questions before we all hoed into a simple but hearty meal that Su thought ticked almost all of her criteria for catering reflecting permaculture ethics and principles. After the break Karun Cowper from the Enkel Collective led a role-playing future scenario game called Sarkar. The scenario used the metaphor of “the zombie apocalypse” to look at how self-organisation of people with different strengths and weaknesses might respond in a context where most people are mindlessly going about daily life in a way this is creating an apocalyptic future. While the idea had merit and some of the participants got something out of the exercise, for many of the older more seasoned activists it seemed to fall a little short of the potential of those that came along and the incredible boost people said they got from Aussie St.

Su was kept busy at the bookshop but had help from Maureen Corbet who was at the start of the tour and connected with us at Spencer Gulf, while partner Stephen Oram used David’s camera to capture a great photographic record of the whole event. Also at the event were Susan Hartley and her partner Frank. Apart from interviewing Venie Holmgren many years ago as part of her research for her PhD on Women in the Australian Communist Party, Susan was very active in PAWA for many years. She was the organiser of 2006 “Peak Oil and Permaculture” gig with Richard Heinberg and David that is referenced in the Preface of RetroSuburbia as a critical step in the evolution of the Aussie St story, which played a role in stimulating Shani Graham to start what became the Hulbert St community initiative. Su and Maureen with eager customers on the bookstall

The next day we had an early start driving The Blue down the still empty cappuccino strip of Freo’s South Terrace, round the church and town hall civic square so familiar to David from his years at John Curtin High School, between the bollards to unload at a side door of the Town Hall in the shadow of a bronze statue of Australian prime minister, John Curtin. Inside the magnificent building, which is mostly hired out to corporate and private events, Shani’s small army of volunteers were already busy setting up the tables for shared lunch bolstered by some significant catering to cope with an expected crowd of 200.

The Fremantle City Council had provided the venue while the modest entry fee of $20 for the day-long event was covering costs and speaking fees. The mayor opened the proceedings with the acknowledgement of country followed by Shani’s engaging explanation of the order of the day. The presentation went smoothly with great reaction and questions from the audience of 201. Craig Clitheroe, who had travelled to Melliodora to interview David at length earlier in the year, was on home territory to capture some of the content of the presentation and the ambience of the event for his crowd funded full length feature film on permaculture.

After a sumptuous lunch break, lots of networking and book sales, Shani did the most masterful facilitation of an open space exchange on subjects that people put forward in response to the Aussie St presentation. David did the butterfly thing and flittered from one discussion to another as well as fielding more individual questions and comments from participants. Su was mostly busy on the bookstall but got to network with lots of people and was incredibly energised by the event. She sold out of RetroSuburbia in two gigs with another 6 still to go on the WA leg of the tour! 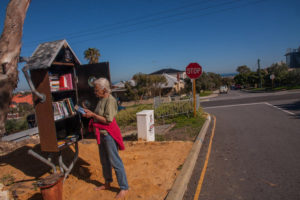 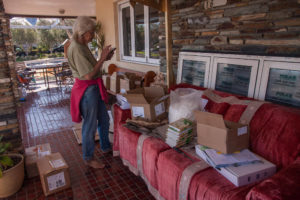 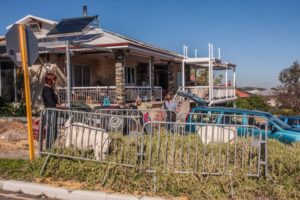 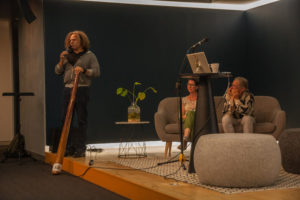 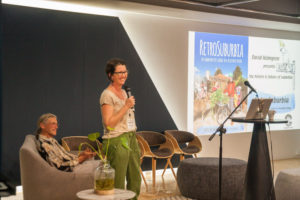 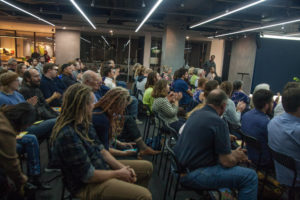 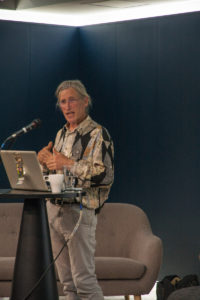 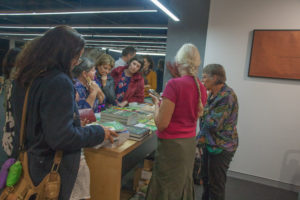 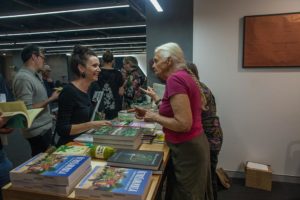 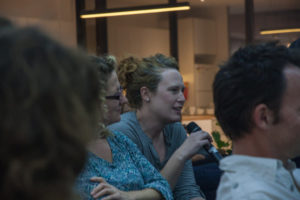 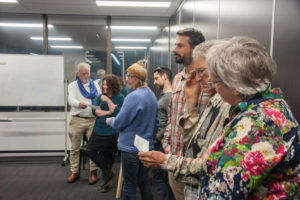 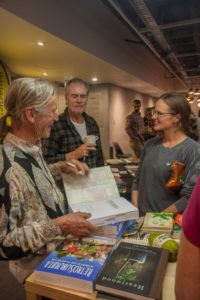 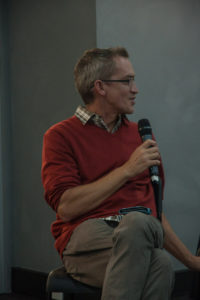 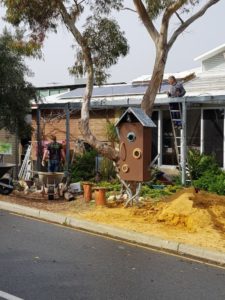