The drive to Albany took us through the whole mosaic of South West landscapes including wetlands brimming with water on backroads David had never travelled on in his youth. The journey was marred by a collision with a kangaroo. David walked back to dispatch the poor animal only to find the female and joey in the last stages of dying. Distress, attention to the damage to the car (modest) and the need to get to Albany for the Permaculture Festival organised by Great Southern Permaculture, Green Skills Inc and other partners had us drag the dead animal to the bush and proceed slowly on our way rather than harvest the meat.

By the time we got to the venue (the Living Water Church and Community Garden) the temperature was down to 8℃ with a strong south wester delivering driving rain. Still the crowd checking the stalls was substantial. Su set up the bookstall with a steady stream of sales while David spent some time getting the tech set up to be the best possible. After the stalls were packed away, Tan gave an introduction. Then a local Minang Noongar traditional elder gave a great welcome to country while wielding a club traditionally used for hunting small easily caught animals for which it would inappropriate (overkill) to use a spear or other more effective weapon. The story and the tool illustrate the principle of “small and slow solutions” that is a common theme of many indigenous stories restraining our consumption. While David was very appreciative of the welcome he was humbled when he was handed the weapon as a gift. Su reckoned the presentation set a new standard and the crowd of over 120 was very engaged by the story, with great follow up questions before book sales and afternoon tea. Following the break Tan and Rachel Pontin, local Green Skills facilitator, ran a 2040 futures visioning exercise where about 40 people divided into groups focused on one key field of concern: food, water, energy, housing, waste and transport. And we sold out of RetroSuburbia, Permaculture: Principles and Pathways Beyond Sustainability, Milkwood and The Weed Forager’s Handbook amongst others. What an event!

We packed up, thanked the venue partners and decamped to Rachel’s, a 1960s fibro cement 4 bedroom house she bought two years previously with retrosuburban self-reliance in mind. A shared meal and evening and a nice wind down with Tan, Rachel, and Rachel’s mate and all round fix it man Sam. Rachel Pontin at her example of retrosuburbia

In the morning Sam helped David with freeing the jammed bonnet catch and more carefully assessing the damage from the kangaroo collision, we caught up with domestic, communication, accounting and writing commitments as well as looking around Rachel’s backyard permaculture system which she is documenting for inclusion on the retrosuburbia website case studies page.

Late afternoon Rachel’s 10 year old son returned from time with his grandparents and we marvelled at the similarities to another intelligent, articulate but high energy kid we know very well, only to discover they were born a week apart!

Monday morning we had a cruise around Albany, the old port buildings and vegetation reminding David of more recent memories of Hobart and Wellington, NZ. The massive grain silos (with more silo art) and woodchip stockpiles awaiting export, and the much more modest but energy dense storages of imported petrol, diesel, gas and fertiliser reminded us of what really keeps the Great Southern economy turning. The export woodchip stockpile in Albany

A community radio interview for David while Su got a car repair quote completed our morning. The smash repair guy confirmed most of their work was kangaroo damage (more correctly: damage resulting from maiming and killing kangaroos).

The drive to Denmark took us through country transformed from David’s childhood memories of pasture and healthlands. These days a mosaic of eucalypt plantations (mostly Tasmanian Blue Gum for export chips), tree belts of both eastern states species and natural regeneration alternate with the superphosphate-charged pastures on sandy soils of the small numbers of very large dairy farms that still take advantage of the mild coast climate with enough rain and shallow watertables to maintain green pastures year round. The other change of course is the tourism based on wine, food and crafts, which is ubiquitous in the more picturesque and well-watered parts of the country. We took a short road to Cosy Corner for a lunch stop under a salt wind sheared roof of Swan River Peppermint (Agonis flexuosa). The view east to the wind turbines along the bluffs of West Cape Howe is perhaps the most dramatic change in the landscape.

As we crossed the Denmark River, David’s memories of childhood holidays in Denmark came flooding back but we followed our directions for an informal tour and meeting with developers and residents of DecoHousing Denmark a recently completed co-housing project of 12 hempcrete 9 star rated duplex houses. We were shown around, partook of afternoon tea, exchanged experiences of visions, technical info, people processes and of course red tape and financing, responded to some questions about edible landscaping options, and saw inside three of the houses. We declined an offer to stay because we were heading for another intentional community, at the invite of Oli Watkins, in preparation for a consultancy to provide input into land management and other issues for the Living Waters / Peace St ecovillage, an 18 lot survey strata development that was also still in the early stages of development. 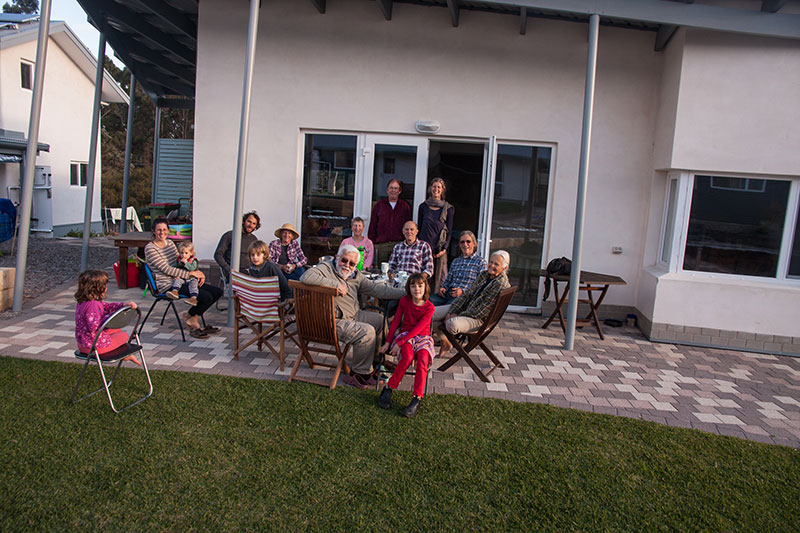 There were many differences between DecoHousing and Living Waters; the first is medium density in town, the second is rural residential with the majority of land in forest. The first was a design, develop and build fully financed project, with a high level of integration and planning while the second was a strata subdivision with minimal infrastructure followed by owner builds of great diversity and progressive infrastructure upgrades. The first was a few years from land purchase to full occupation, the second was a slow organic, and at times cathartic, evolution over three decades that included the death of its visionary founder. The first was the essence of current mainstream notions of sustainability (but hamstrung by dysfunctional regulation) the second was a more fringe permaculture-driven rural resettlement project (also hamstrung by dysfunctional regulation) but with a more feral “do it and don’t ask” edge to it. We had visited Living Waters in 1999 when permaculture teacher and visionary Dave Coleman was the only resident, but the vision of the community was in process and “The Herb Dryer”, a massive rammed earth passive solar building intended to be the hub for a range of permaculture enterprises, was under construction. Dave Coleman died in 2015 just as the strata development and retrospective building approval of some of the existing houses was providing a legal basis of the community and bank financing for further houses. Birthing communities can be painful in the best of circumstances and Living Waters was certainly a difficult birth. 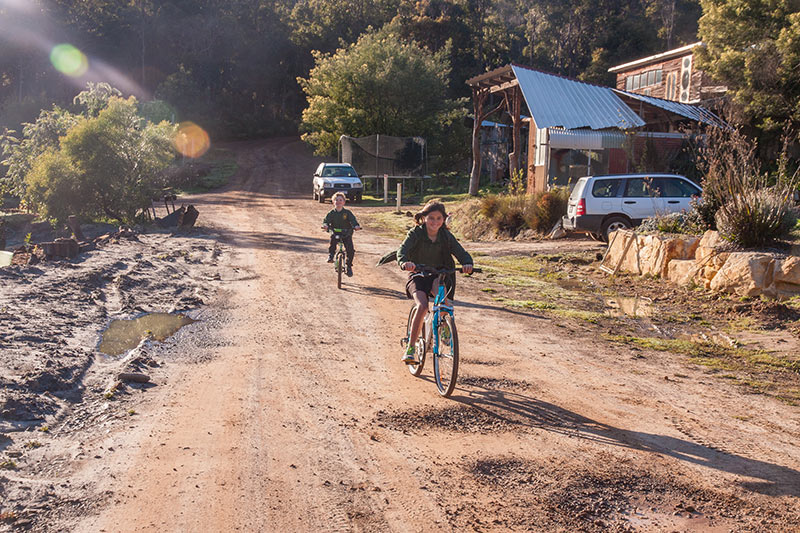 Another point of interest for us was the overlap and comparisons to our efforts in community development. Our trip in 1999 was part celebration, part R&R after birthing Fryers Forest ecovillage near Castlemaine in central Victoria. Fryers Forest is probably half way between DecoHousing and Living Waters in the degree of prior planning, infrastructure development and completion before people started living on site. Like Fryers Forest, the forest, an abundance of wood, threat of bushfire and infertile soils have shaped Living Waters. Unlike Fryers Forest, Living Waters has high rainfall and an abundance of groundwater.

We set up our camper on Oli and Nada’s lot in the northern cluster of village within sight of other houses and gardens of various designs, materials and stages of completion and just above the old gardens where our photographs from 1999 show there were pigs. 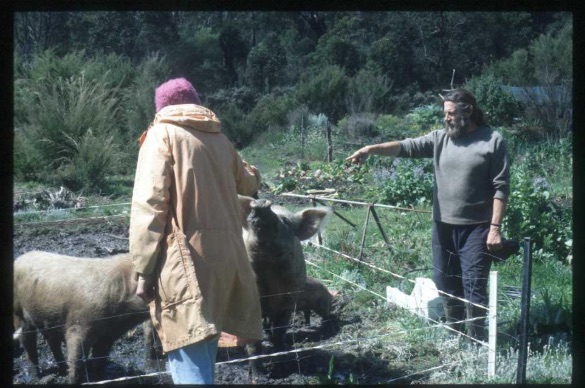 Next morning Su caught up with work while David read briefing documents and did some reconnaissance for an afternoon consultancy with four members of community. The brief was wide-ranging and David was a bit rusty on verbal consults, which used to be the basis of his work in Holmgren Design for more than 20 years.

But the consult seemed to hit the mark in balancing affirmation and backing of achievements and plans, and insights and challenges for the future, plus some tips and small steps to balance the big picture vision stuff. As elsewhere in high rainfall Australia, sparking an understanding of ecological forestry was part of David’s consult. Talking through processes and rate of forest regrowth, opportunities to achieve conservation and production goals, and value-adding the abundance of wood while walking the land is always an opportunity to break the spell of a culture that sees forest and trees as both sacred and worthless. This toxic combination leads to environmentally aware people everywhere avoiding rather than embracing wood as our most sustainable building material, fuel, and source of biochar as well as a range of chemicals to rival petrochemicals. At DecoHousing we noted the marginal role of wood as decorative addition, while at Living Waters, the efforts to use the abundance created by salvage logging and mandatory fire clearance were substantial, if more haphazard, than we had managed at Fryers Forest. David’s message about “loving and logging” forest is challenging for some while providing a deep affirmation for others, including Troy who had done most of the tree salvage and reuse at Living Waters, as well as being the most energetic food grower and all round grounded permie in the place (it would seem). 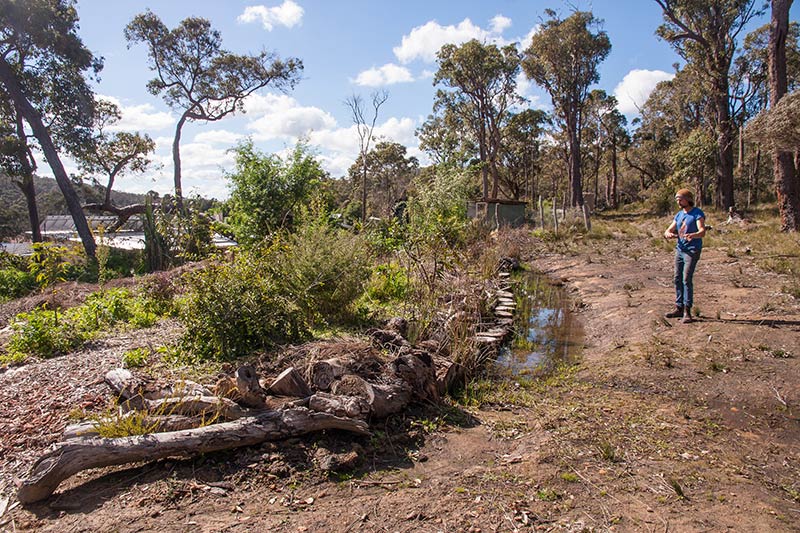 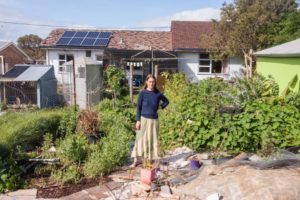 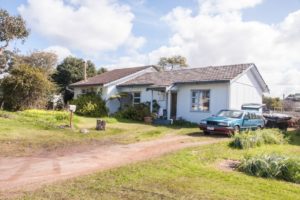 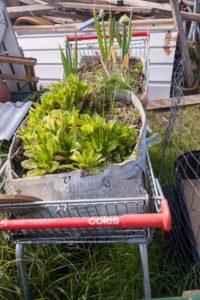 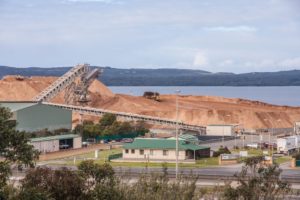 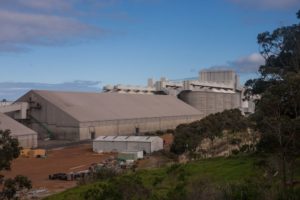 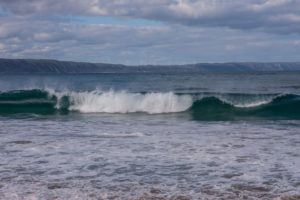 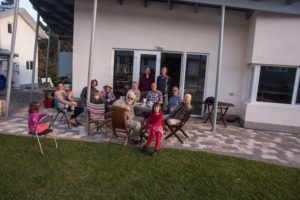 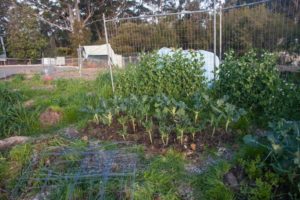 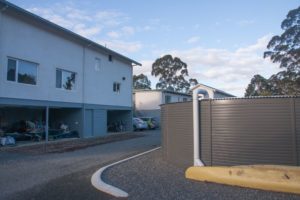 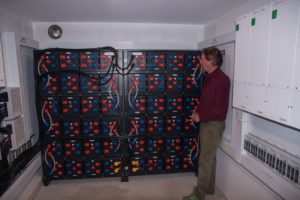 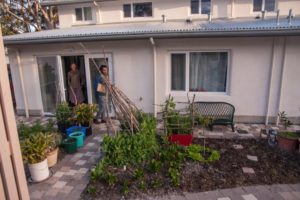 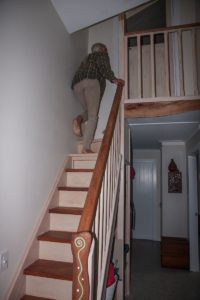 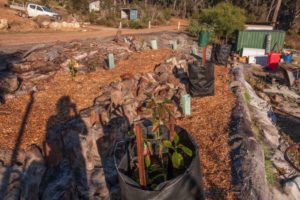 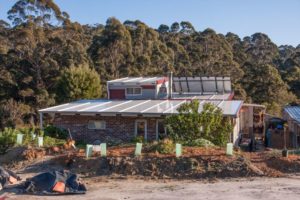 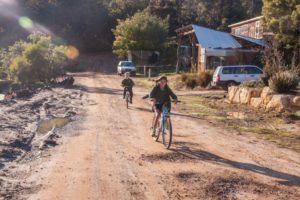 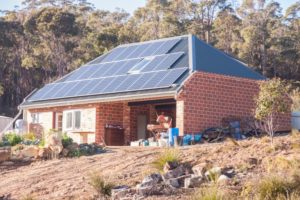 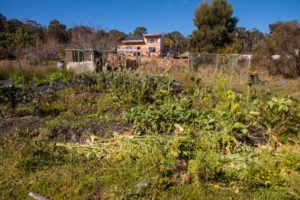 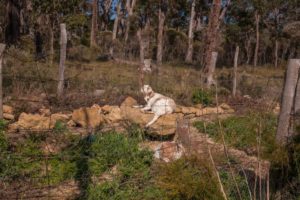 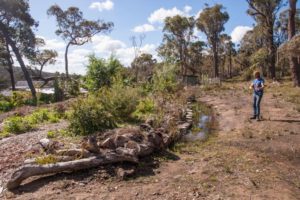 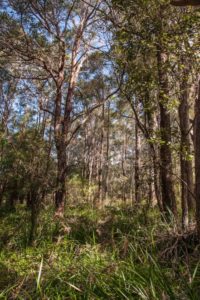 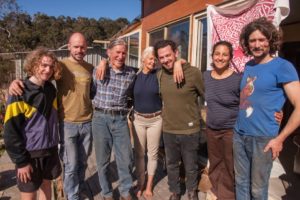 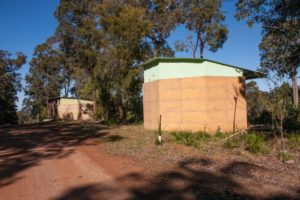