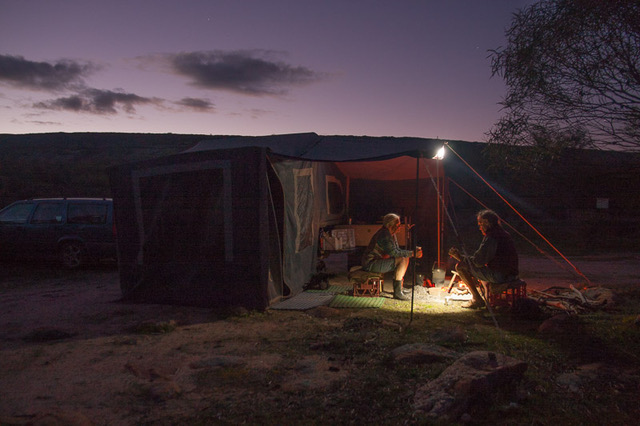 This record of events, connections and observations during our 4 month winter trip away from Melliodora was begun belatedly towards the end of the east coast leg of our RetroSuburbia Roadshow. Given the whirlwind nature of the trip (at least for seniors like us) we have forgotten some of the details and, for the sake of brevity, we have not mentioned all the people both paid and voluntary who enabled us to connect with so many people interested in (and living) permaculture, retrosuburban and kindred ways.

Photos accompanying the story are mostly by David, consequently there are few shots at events but from the number of pics including ‘selfishes’ we were in, it feels like we must have contributed to peak cyberspace.

This trip was planned to be half RetroSuburbia events and related networking and half holiday mostly camping out in quiet nooks and back country. In doing so we are attempting to keep down with the Jones (and Ulmans) in a minimalist avoidance of the monetary economy (see Art of Free Travel) although their journey was self-powered while for ours, with half a ton of books, we did not even manage to emulate Charlie McGee, musician and permaculture educator extraordinaire in his vegie powered BEV (Biosphere Emergency Vehicle). Ah well, it is a good feeling to occasionally be outdone by the downshifting radicalism of younger generations.

RetroSuburbia and related events came about from a combination of “first come first served” and active promotion by our event organiser Maia Irell to fit in with a logical tour schedule and us having time off.

The vision for a camping trip “in the desert” has been on our agenda ever since our trip up through the centre, down the west coast and back to Melliodora in 1999. 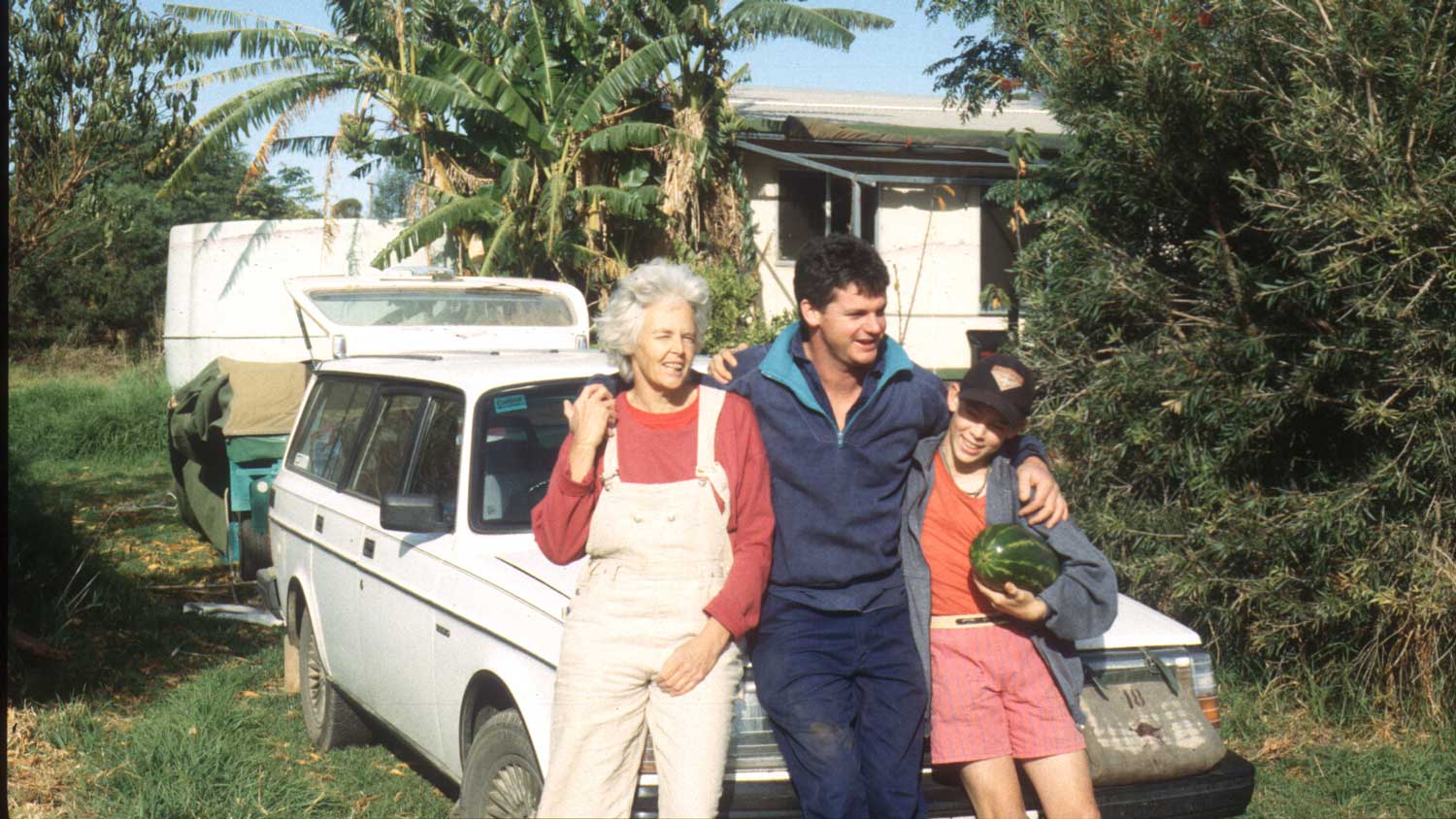 For Su especially it’s been a long wait after the incredible effort in making RetroSuburbia the book happen, but 2018 was fully occupied with promotion and events, mostly on home territory in Victoria.

Thus this tour is a balance between fulfilling requests from RetroSuburbia enthusiasts further afield and a long-overdue break from the whirlwind that is Melliodora/Holmgren Design/Melliodora Publishing.

A big part of that whirlwind these days relates to books. For us, the evolution from self- published author marketing books in person and online has evolved into a fully-fledged permaculture publisher partnered with an independent book retailing, distribution and fulfilment business Permaculture Principles run by colleagues Richard Telford and Oliver Holmgren. Through this partnership, we have shown how it is possible to cut Amazon and the other corporations out of being the monopoly middlemen between creators and consumers. See our book publishing manifesto for more on this important part of what we stand for.

Events allow us to connect directly with readers, hear what they want, sign books and provide a wider range of titles that complement our own publications, many of them books by friends. Su runs our travelling bookshop, but for David it is all part of an ironic recasting of his father’s travelling book salesman life. Jack, with his wife Venie, established one of the most successful and comprehensive technical bookshops in the country. No doubt David will play that card when we are in WA, his childhood home territory. 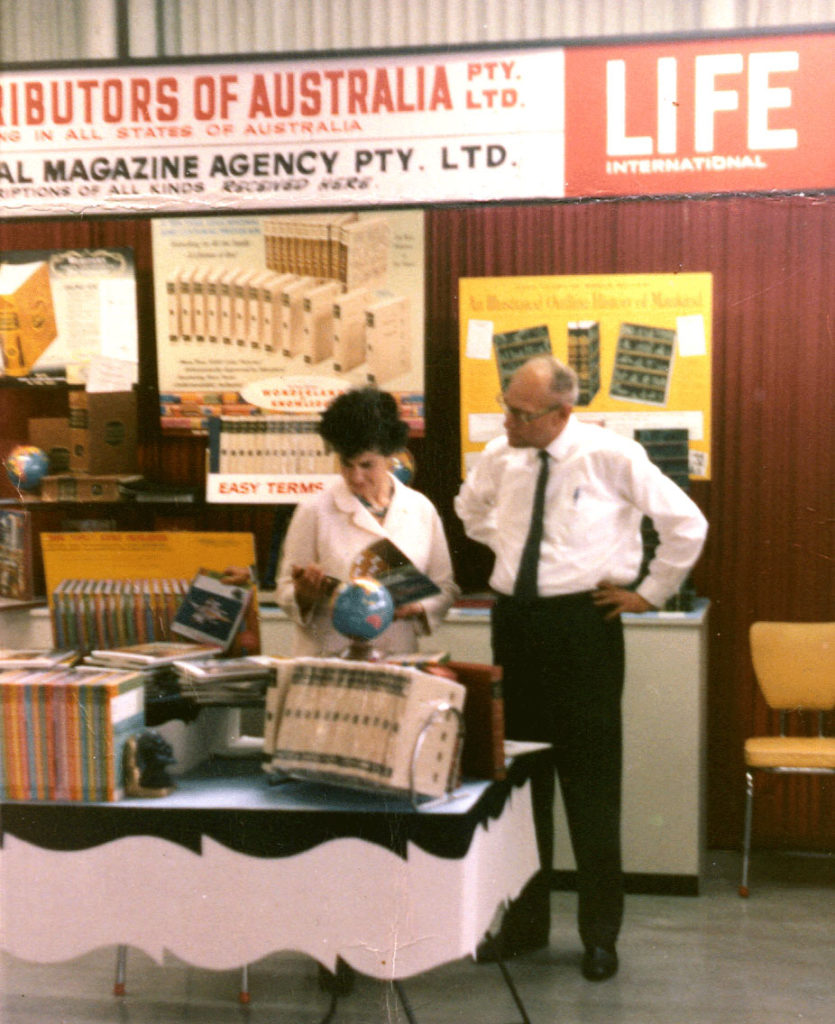 Venie and Jack Holmgren at the Gordon & Gotch bookstall at the Perth Royal Show 1964, years before they started Rellim Booksellers

So here we are again with a different Volvo station wagon (Oliver’s 850 known as “The Blue”) and a True Blue camper trailer generously loaned by Paul Ward (Andy’s brother!) loaded with books and homegrown produce travelling the byways of this vast country making new connections and reviving old ones.