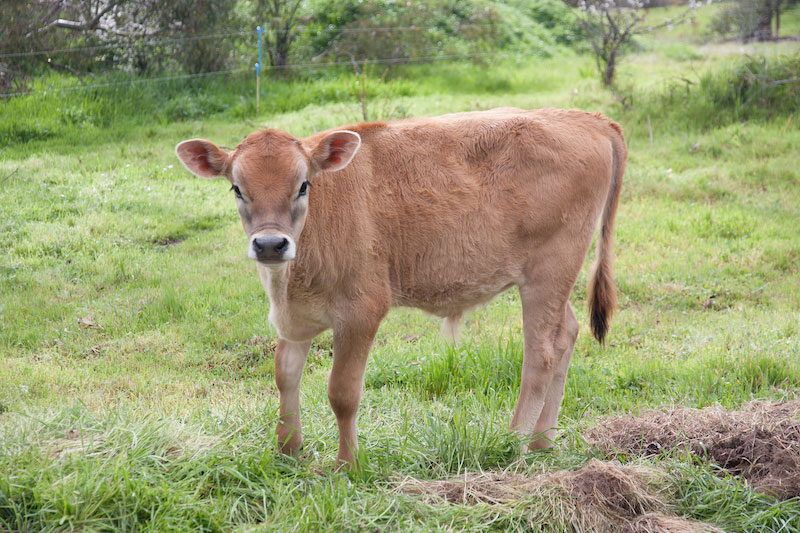 Our reception at Burrum Biodynamics felt like a hybrid of being permaculture royalty and relatives, which we suppose was sort of true after we discovered (last year) that Tanya is a Raeburn from around St Arnaud. Su’s mother was a Raeburn born in St Arnaud. Steve Walters is one of those rare people in modern Australia who has never left the farm.

After so many thousands of kilometres passing grain fields and a few explorations into the edge of conventional crops, here we were with Steve and Tanya driving across paddocks on their 3,000 acres to inspect spelt and oat crops as well as see mixed rye and legume green manure crops with various treatments of high- and low-mulch mowing to build soil organic matter and conserve moisture for next year’s crop. 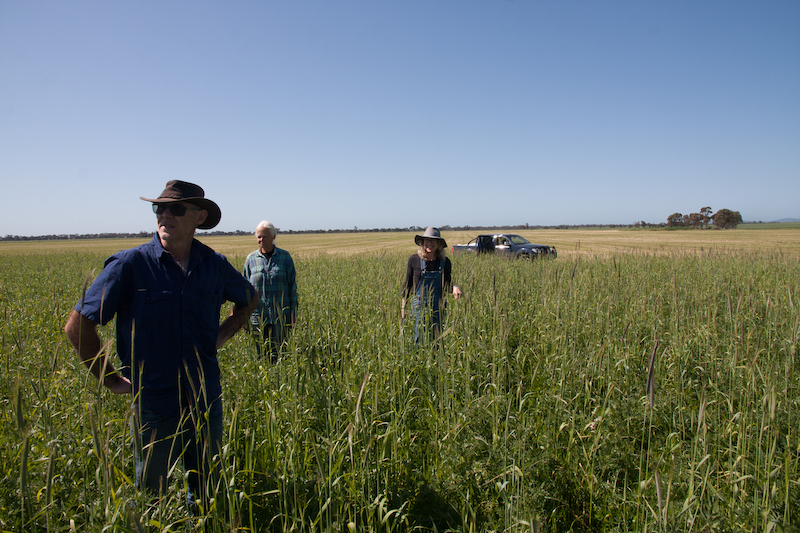 Su and Tanya standing in crop of rye and legumes kept for seed, with majority of 50 hectare paddock mulch mown for soil improvement for following years grain crop

While the Wimmera clay loam soils can be highly productive, if something like the 400mm annual average rainfall doesn’t arrive, or comes at the wrong time, then crop failure is likely. Conserving moisture in a traditional fallow is an option used by organic and biodynamic farmers although it does expose the soil to sun and wind. The conventional farms don’t disturb the soil as much and with near total control of weeds with herbicides can often get a crop in tougher seasons. This leads to claims of chemical farming being more sustainable than organic and biodynamic methods dependent on cultivation for weed control and moisture conservation. However Tanya says she has video of soil blowing in horrendous summer winds from neighbouring farms with undisturbed stubble while their fallowed (ploughed) paddocks were not losing any precious soil to the wind.

Nevertheless Steve, the constant innovator, is planning to experiment with cripper roller equipment for his green manure crops that kills the plants and leaves a more intact mulch cover, hopefully allowing him to achieve the holy grail of grain growing: direct drilling without using herbicides. No doubt if he succeeds in this exciting next step, Steve will have to contend with a diversity of weeds competing with his crops just as he has to with soil cultivation as a weed control method. While organic and biodynamic farmers strive to reduce competition from weeds, they also recognise them as an essential part of the biodiversity of the field, supporting beneficial insects and birdlife. The success of chemical agriculture in eliminating flowering weed biodiversity from their crops could be a major factor in the ongoing collapse of insect life, and consequently bird life, in our agricultural landscapes. David suspects this is far more important than the ongoing loss of remnant native vegetation, which has been addressed to some degree by conventional approaches to biodiversity conservation through indigenous revegetation.

The other approach to beneficial biodiversity that Steve employs is under-sowing grain crops with legumes that fix nitrogen as well as mixing grain and legume crops such as wheat and fava (broad beans) than can then be separated in their sophisticated and flexible seed cleaning and processing equipment.

The highlight for us was when Steve pulled up some grain plants and showed us the most amazing soil crumb structure – which contributed to the paddocks feeling soft underfoot despite starting to dry. Working this soil between thumb and forefinger showed it was still the sticky Wimmera clay loam but the life in the soil allowed it to hold air, water and nutrients while resisting wind erosion. Like most BD farmers Steve would attribute that soil structure to the Biodynamic 500 preps sprayed over the whole farm each year complimented by crop rotation, careful cultivation and recognition of the value of biodiversity that we saw. We had a simple but delicious lunch of soup and sourdough spelt bread made from farm ingredients and then toured the processing shed and brand new packaging shed that allows Burrum Biodynamics to provide bulk and packaged produce for wholesale and retail customers.

What a finale to our sojourn through the cropping belts of southern Australia to make a closer connection to our sources of sustenance and deepen our appreciation of the very few broad acre grain and legume growers in this country who have resisted the social, economic and policy pressures to get chemical or get out. These people are the real heroes of the struggle to create a truly regenerative agriculture so well articulated in Charles Massy’s Call of the Reed Warbler.

Heading east from Marnoo, we left the Wimmera plain and took the winding road through St Arnaud into the gentle sedimentary foothills of the central Victorian upland front with the familiar box-ironbark ecology alternating with a mosaic of grazing land and, on the better river flat country, grain and canola cropping. We were home, or at least to that dryer part of our region that we associate with the Goldfields.

A brief stop in on the Calder Highway in the centre of Inglewood was an opportunity to pay a visit to Greg Holland, long time Hepburnite who had moved north to find an old shopfront property where he could practice his various forms of art.

Getting to Mt Alexander Fruit Gardens late in the day was our long awaited reconnection with our son Oliver and his partner Tess Sellar who have been burning the candle at both ends to get Tess’s micro dairy up and running.

Tanya and Steve were just leaving having unloaded bags of seconds grains and legumes from their ute for Tess to make mixed supplementary rations for her pampered dairy cows. With the peak blossom on the stone fruit, lit by a setting sun we had a great sense of home coming connection to country and family.

An overnight stay back at The Wild (Oliver and Tess’s place in the bush next to Fryers Forest Ecovillage) and the grand tour of the dairy factory (designed and built by Oliver to comply with Dairysafe Victoria regulations and NAASA organic standards), visit the cows, see the land rehabilitation for pasture, fodder tree planting and other changes during our time away, was informative and gratifying.

The slow drive home to Hepburn was a cruise, soaking up the familiar landscape in every detail. We wandered around the garden, seeing the abundant growth, stone fruit in flower, mature winter crops, new plantings, new chooks and other signs of work by Mick Crear, Brenna Quinlan, Charlie McGee and other visitors as well as our longer term residents Nick Ritar and Kirsten Bradley who have now moved to Tasmania. Inside the house Mick had made our re-entry as smooth as possible with a little help from Brenna’s cleaning and ordering magic.

Over the next days we also connected in person with Meg, Elke, Ken, Beck and Ostii who have been keeping Holmgren Design and Melliodora Publishing moving along during our absence.

Melliodora, where we had spent more of our time and energy over 34 years than many people spend at home over their whole lifetimes, provided a deep and all encompassing sense of homecoming. But that nurturing enclosure was also a call to hit the ground running with Su focused on spring cleaning and clearing of surplus stuff and David back in the garden to lead a team of four volunteers dealing with the normal explosion of spring time work to make the 34 th Melliodora growing season an abundant one.

We hope this diary of a journey reflecting our efforts to live and work by permaculture ethics and design principles has been useful for readers as they chart their own journeys to live rewarding and more self- and collectively-reliant lives facing the challenges of our time. We particularly hope that our experience of meeting others who are bringing to life this parallel world in the shadow of a failing one will be a source of new connections and inspirations for all those who made this journey a fruitful one. We have certainly been nourished and renewed by the spreading ripples in the pond of voluntary simplicity and permaculture productivity. 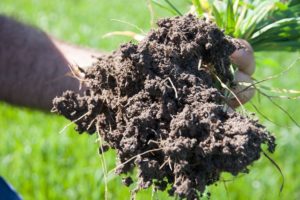 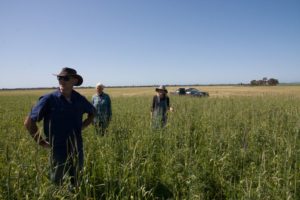 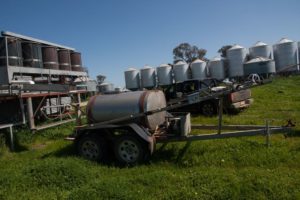 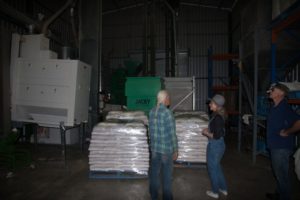 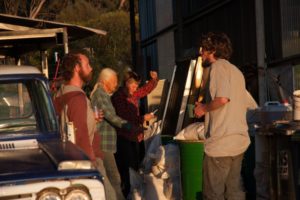 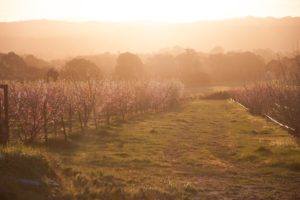 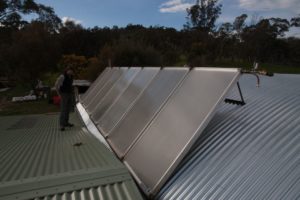 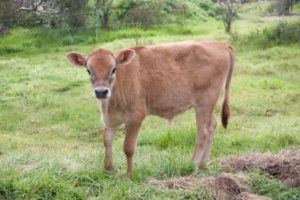 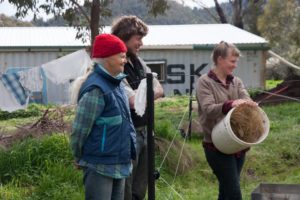 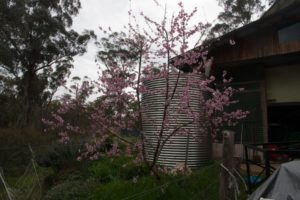 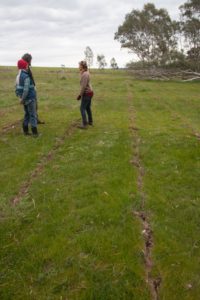