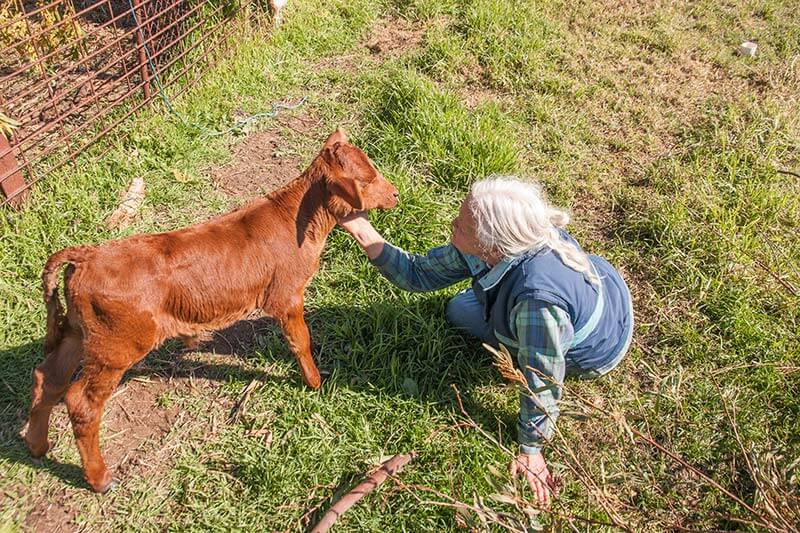 On the Kwinana Freeway heading south we saw the expanding train networks, revegetation screening new suburban territories, paperbark and flooded gum wetlands, tuart woodlands and banksia heathlands on the sandy rises, much of it recovering from bushfires of recent years that had people evacuated from beaches. 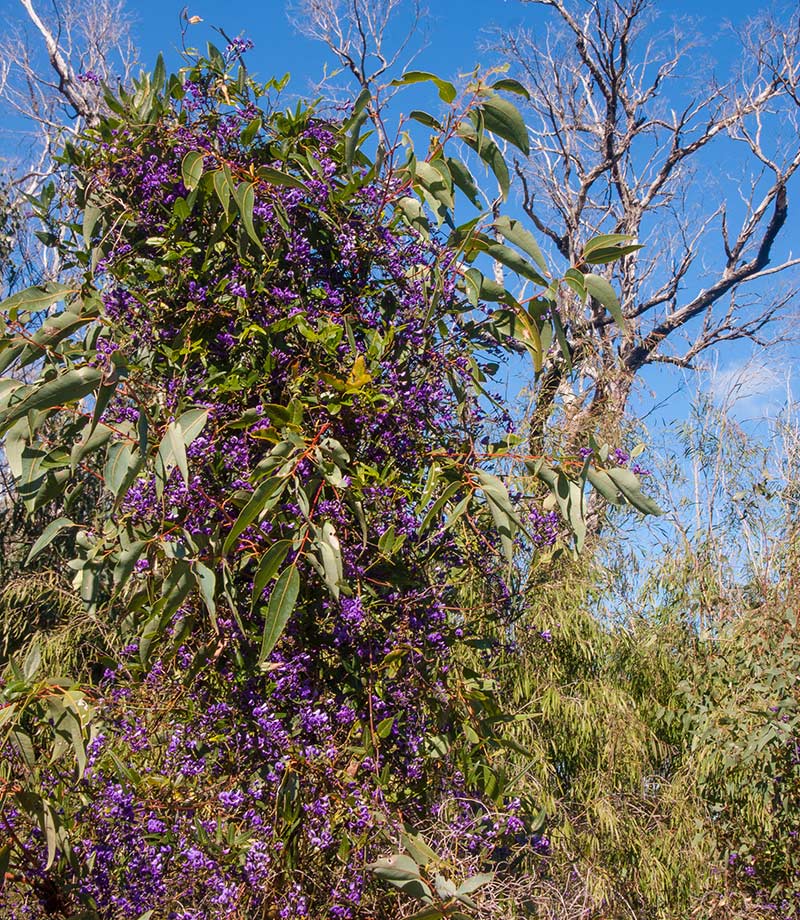 This sense of a city in the bushland was broken by the vegetable growing monocultures of Harvey and arrival at the port of Bunbury where John Hjalma Holmgren, David’s grandfather, worked lumping 80lb wheat bags onto ships in the years before bulk grain handling. The export facilities for wheat, woodchip and alumina reminded us how Australia’s wealth is still based on resource extraction. David’s father Jack Holmgren’s early political radicalism was shaped by the Great Depression in Bunbury but today’s residential real estate and the consumer economy of brand name stores (all within a metre or two of sea level) has replaced most of the brownfields landscapes of the past. After a lunch by the harbour signs advertising the next stage of residential development (destined to become oyster farms with rising sea levels), we follow Google’s guidance to Edith Cowan campus on a hill at the edge of town. 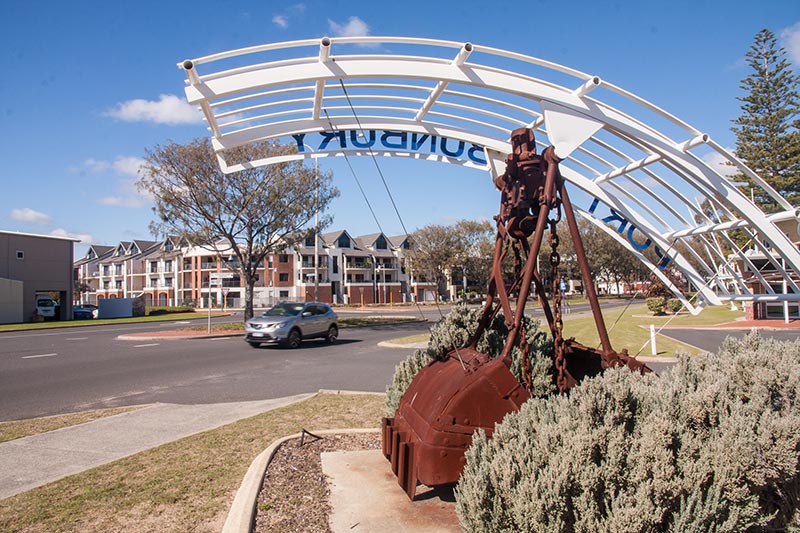 Tan and other volunteers from Permaculture West were already setting up in a lecture theatre venue that had more bells and whistles than David had ever seen. Luckily the complexity of gear was supported by a touchscreen interface that actually gave the power to the presenter. Maybe it was the serious university venue that kept the audience of 50 spread out across the tiered seats fairly quiet but they were enthusiastic book buyers with the highest ratio of sales of the tour. After an afternoon tea of high powered cocoa and sugar sweets, women from the Edith Cowan Social Work School ran a community engagement exercise about how permaculture as a movement and retrosuburbia as a strategy could be more inclusive of the disadvantaged. While the subject was in principle complementary to the “Aussie St” presentation it didn’t quite measure up to expectations for us and for some of the 20 or so participants that stayed. While David loves debate and challenge to ideas it seemed like the academics running the event were not familiar with David’s extensive writings or that they had even read RetroSuburbia.

With a commitment to dinner at Fair Harvest in Margaret River, we travelled south in the dark debriefing the event along the way. Like the differences of perspective between the techno-optimism and retrosuburbia on show at Armadale, the differences between permaculture and more mainstream interpretations of eco-feminism were on show at Bunbury. At both events the role of RetroSuburbia as a challenge to academics across many fields was implicit. We wondered whether we should have been more explicit, but hope that the charm of Aussie St and accessibility of RetroSuburbia, will encourage academics and students around the country to use their taxpayer-funded opportunities to provide an evidence base supporting the creative explosion of ways in which ordinary people are showing how to turn so-called problems into solutions, whether that is by small changes to their built and biological environments or by retrofitting their behaviour to make it fit for purpose to face the challenges of the future.

On our 1999 trip we visited Fair Harvest when our son Oliver was thirteen and in 2016, David, Oliver and Richard Telford were joined by permaculture minstrel Charlie McGee on a whirlwind visit to the South West which included time at Fair Harvest which is a permaculture teaching centre and now “nature based campground” amongst a host of related functions run by Jodie Lane and partner Dorethee. But Fair Harvest is also home to four generations of the extended Lane family that is another example of extended family hamlet we saw at Millpost. While these arrangements are easier to organise in a rural context, similar arrangement are one of the patterns we highlight in RetroSuburbia. 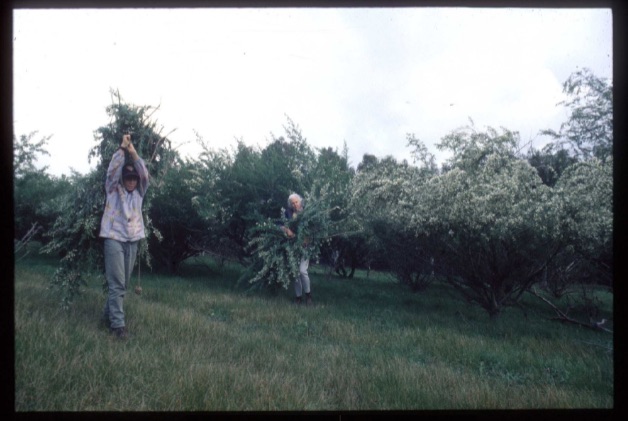 After dinner around the campfire we took Jodie and Do’s offer of sleeping in the well- appointed gypsy truck rather than unpacking the camper which we suspected was damp under its failing cover from the rainstorms earlier in the week at Ecoburbia. The Gypsy truck had been Charlie McGee’s first iteration of a vegie oil powered home on wheels was now a fixture at Fair Harvest while Charlie’s successor home (and stage) on wheels, BEV is currently somewhere closer to Melliodora.

Saturday morning had 30 people turn up for a David Holmgren workshop in Reading Landscape, hosted by Fair Harvest with input by Pippa Buchanan after her excitement from doing a 4-day Advanced Permaculture Design Process course with David and Dan Palmer earlier this year at Melliodora. The workshop went well but David ran overtime out in the forest and had to be prompted by Pippa and eventually provided with electric bike by Jodie to get back to the gypsy van for lunch and change into presentation glad rags before the drive into town for the Aussie St gig. Margaret River is a small community a lot like Daylesford/Hepburn in its economy and social profile but the Arts Hub in the new swanky civic precinct reminded us that the flow of rate money from wine production, tourism and associated activity here was substantially more than in our town. 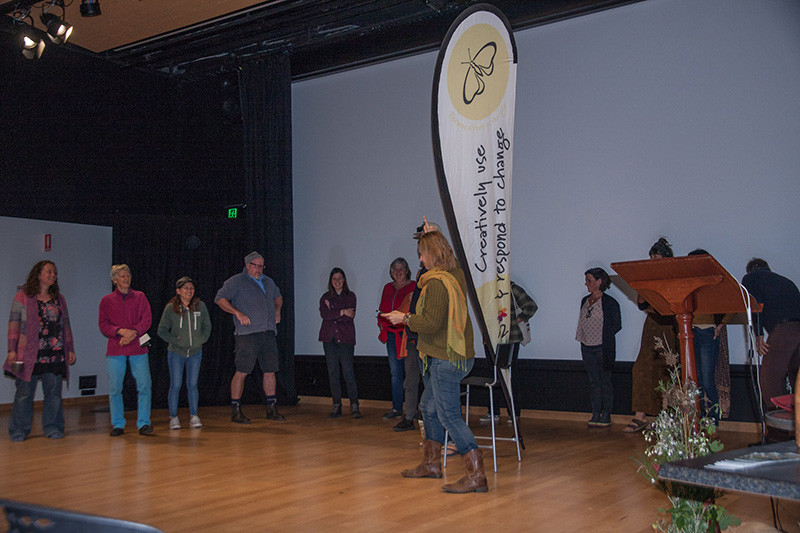 Good facilities, tech support, food and the ever energetic Tan, Tamara and Jenny with the Permaculture West trailer complete with flags of each design principle made for a great event. The welcome to country by Zac, a mate of Jodie Lane who came in at the last minute had Su and others in tears. The audience of 100 laughed at the light and the dark of the story, and packed into the foyer for book sales and afternoon tea. David was greeted by a women who grew up down the street from David in Bicton, a nephew of Su’s, a woman who was Venie Holmgren’s first employed bookshop assistant in Rellim Booksellers, (who reflected that her main qualification was that she was a virgo like Venie) and Gillian Rowell and son Richard who had hosted us at Dunsborough in 1999 when husband, father permaculture teacher and ecovillage developer Warwick Rowell (who died in 2015) was “firing on all cylinders”. Jenny, Tan, helper and Tamara packing up after the Retrosuburbia Roadshow event at Margaret River (9571)

The community engagement exercise organised by Tan used the permaculture principle flags as focal points for group discussions about how each group’s principle was reflected in the Aussie St story and how it could be applied at home. This was followed by impromptu stage performances by some of the groups illustrating their principle.

This exercise was much more specifically aligned with the presentation than previous Permaculture West events but it still raised issues for us about the culture of organised engagement that aims to break down barriers, connect people and give opportunities for network connection not possible with content presented by visiting “experts” (no matter how good).

But we are also aware that for some, coming to a public presentation is a stretch and for those people, group activities can be a bridge too far that alienates rather than energises. Sometimes those of us energised by group activity can fail to recognise how much we depend on the quiet introverts who get on with the job without the fuss and bother – those of us wedded to the benefits of collective action sometimes need to get moving. Sometimes the introverts are more comfortable in one-to-one engagement with family, neighbours and even strangers where the dynamics of exchange are less complex.

Retrosuburbia is not just for those energised by collective action. In fact it has the potential, if we manage it well, to reach outside of the limited world of civically active citizens to those more strongly embedded in their household universe. Retrosuburbia seeks to strengthen this essential foundation for any real progress at the community level (let alone any hope for reformation of the economy and governance of dysfunction that is driving the crisis of civilisation unfolding around us).

The next day we had a slow start in the Fair Harvest campground with beautiful sunshine. The previous evening David had topped off a busy day by chatting with Rod Hughes farm manager at the Perth City Farm around the campfire. We explored the extensive food gardens and communed with the animals but spent most of the day catching up on organising, being interviewed on radio, writing and photo processing, taking advantage of internet inside the main venue and café building. 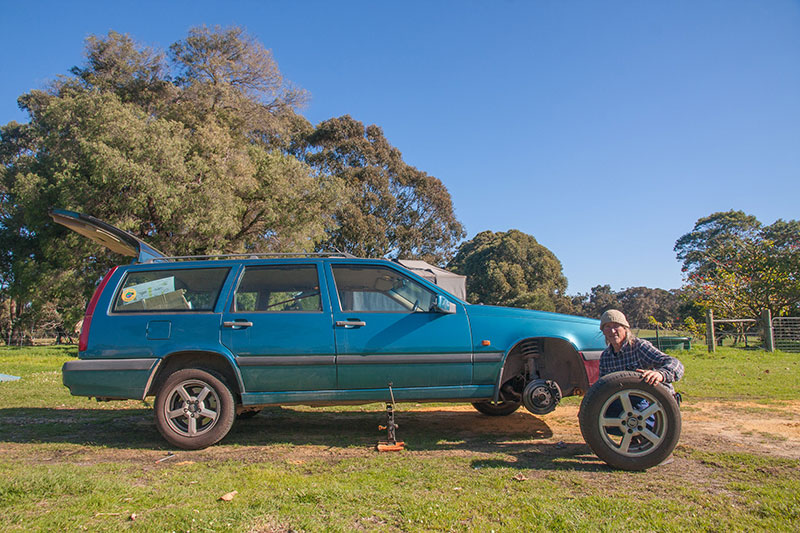 Another “housekeeping job” swapping the tyres on The Blue after 10,000km

With rain forecast next day, we had an early morning walk retracing the Reading the Landscape walk and recalling our visit to those same places in 1999. The rest of the day for David was visiting the site of the Witchcliffe Ecovillage with a grand tour by visionary permaculture developer Mike Hulme while Su lay low nursing a cough, reading and reflecting on our now three months away from home. After a decade of planning the village is close to starting stage one of what will eventually house around 1000 people. For a development of that scale David was impressed by how much the permaculture agenda had survived the savage realities of regulatory paralysis, the real estate downturn and still affluent consumer culture. Self-sufficiency in water, waste, power and perishable food are goals backed by detailed research, design and navigation of those obstacles to a sufficient and low impact way of life. David met and shared lunch with the inhouse team making Witchcliffe a reality, inspected earthworks of the two new 100 Ml dams already filling from winter rains, walked the 40 ha site and discussed “founder syndrome” and other hazards facing those who manage to successful midwife an intentional community. From our experience as permaculture developers in the late ‘90s of the much smaller Fryers Forest Eco village, we can empathise with Mike and Michelle’s incredible journey in birthing Witchcliffe. 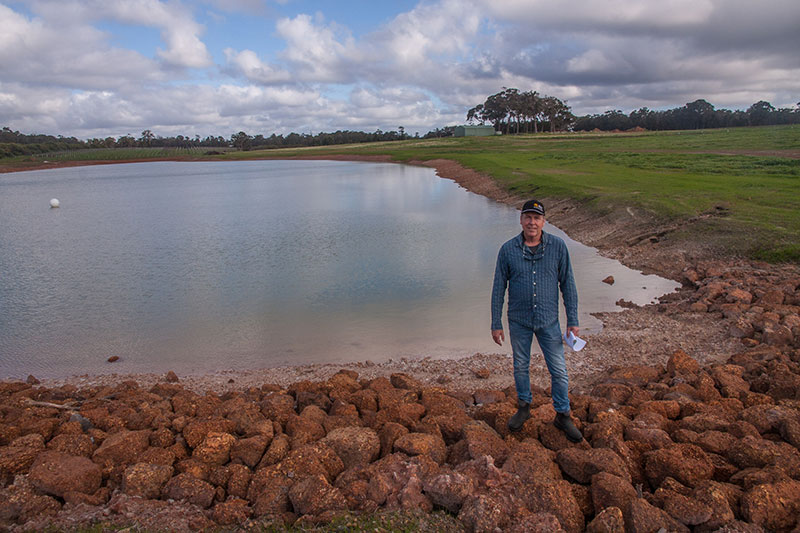 David thinks Witchcliffe promises to be the best example of new intentional community design reflecting permaculture ethics and principles in the country. However his shift of focus (about 15 years ago) from ecovillages to retrofitting suburbs where Australians already live was a strategic one based on his Future Scenarios work. Without sufficient prior societal acknowledgement of the multiple challenges of energy descent futures, it is easier for householders with that understanding to incrementally retrofit their built and biological habitats with transformative behaviour change than it is for collective or entrepreneurial processes to sell a vision to financiers, regulators and buyers. Nevertheless projects of the scale of Witchcliff do allow innovative use of technology and landuse at scale and in ways that are much more difficult or impossible by incremental retrofit of human habitats.

A dinner of muscovy duck, garden vegies and other delights with Jodie and Do joined by elders Peter and Jan Lane rounded out a day. This reminded David of how the passion, successes and even failures of people pursuing permaculture over the decades has proved to be a source of energy feeding our own persistence for all these years of seeking to model how we can live better lives now as we create the world we yearn for. 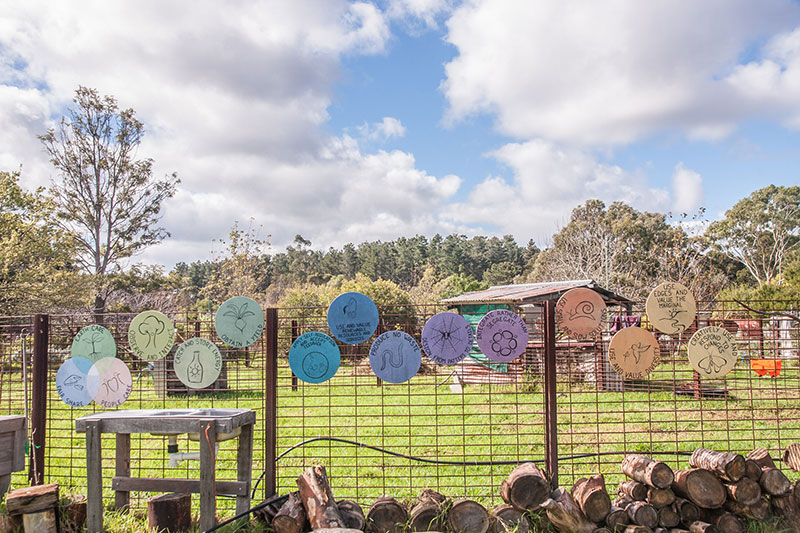 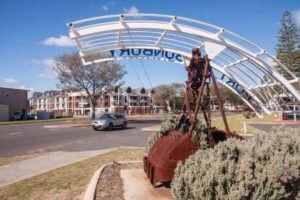 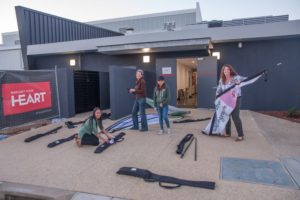 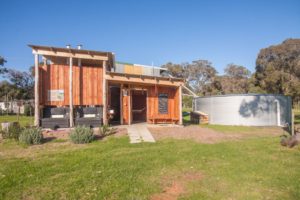 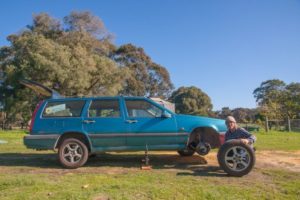 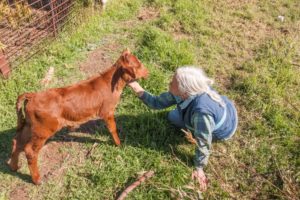 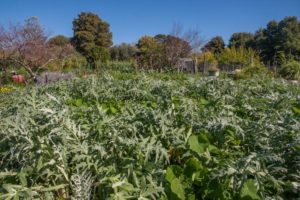 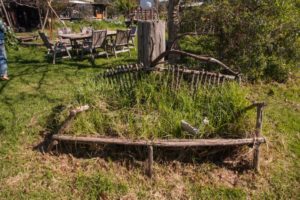 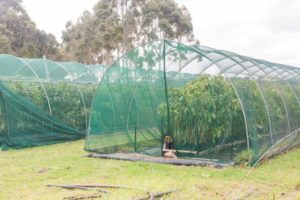 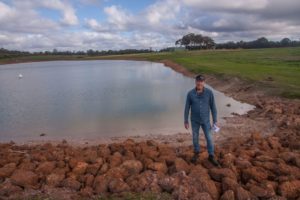 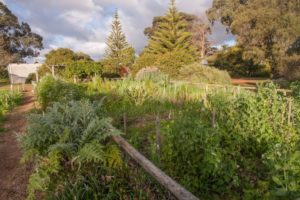 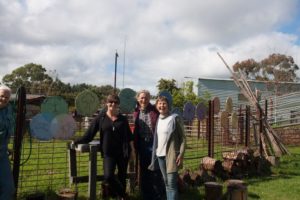 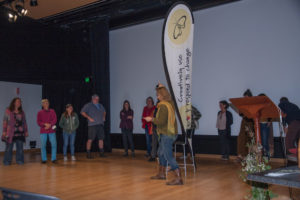 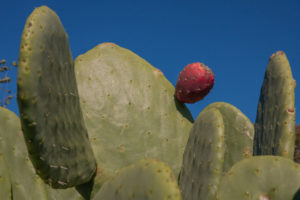 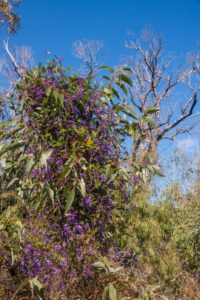 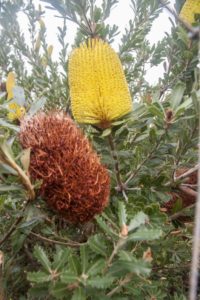 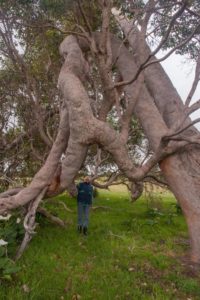