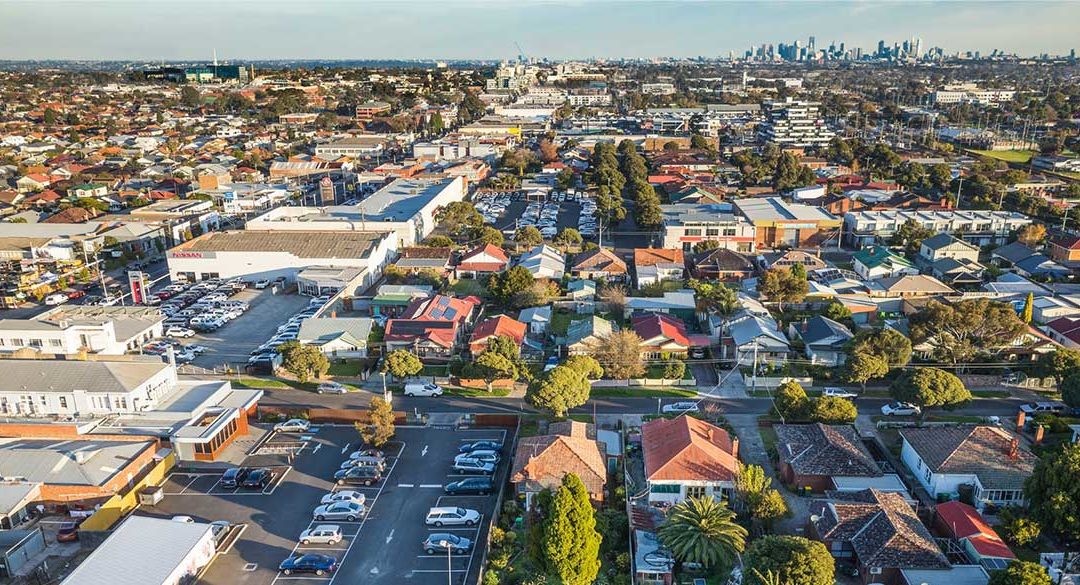 The article quoted Infrastructure Australia’s three scenarios for Melbourne in 2046.

More than one million extra people – or 40 per cent of projected population growth to 2046 – will live on the city’s edge in 2046, under a planning scenario that sees unfettered low-density development.

Melburnians will rely more heavily on cars to get to work, with only 3 per cent of jobs accessible within 30 minutes by trains, trams or buses.

A compact, higher-density vision for Melbourne will concentrate jobs and housing within 15 kilometres of the city centre, and will drive up public transport use.

A medium-density model that spreads the population growth more evenly and puts jobs closer to where people live.

For the last 50 years, the debate about suburban sprawl vs high rise has been repeated ad infinitum with very little questioning of the assumptions behind the debate. Adam Carey & Timna Jack’s article in The Age 22 Feb, 2018 is a current example of the restatement of these outdated options in the context of the supercharged apartment construction frenzy that is taking over inner Melbourne.

The article references Infrastructure Australia’s latest report including a third model for Melbourne’s future; medium density London instead of high density New York or sprawling traffic bound Los Angeles. This deft pitch assumes that we must put up more buildings to accommodate the projected 2.8 million extra people who will make Melbourne home by 2046.

The entrenched interests of Australia’s largest industry, property development and construction, myopia and lack of rigor in the academia and politics and a mostly disempowered public have combined to see the debate intensify but never consider any real alternatives, including my RetroSuburbia strategy which aims to create the Melbourne Model of urban renewal.

RetroSuburbia involves making full use and creatively repurposing what we have already built over the last 40 years, the longest running property bubble in human history, before we build and develop over more water and carbon absorbing land that we need to feed ourselves into the future. In this maddening frenzied rush, we condemn our children to live disconnected from nature that we depend on for our daily life and well being.

RetroSuburbia is based on the lived reality of a growing number of ordinary Australians who have been influenced by the permaculture concept, a vital emerging global movement, first taken root in the suburbs of Melbourne 40 years ago. The impact of permaculture, and UK spin off, The Transition Towns movement is at the progressive edge of communities building resilience in a climate changed world. Locally, Permablitz activism that continues to empower young people to hack their habitats for the better, has also spread around the world from Melbourne.

Those questioning the policies favouring population growth with alternative ideas continue to be ignored, or at best, overlooked. But even if we accept the projected population growth as inevitable, the current options to accommodate these numbers all involve constantly putting up more buildings without redressing the results of doing so for the last 50 years. Over that time the orthodoxy accepted by the majority of planners, academics and even environmentalists is that higher population density is the key to improved urban amenity, viable public transport, infrastructure efficiency (read water based sewerage), lower environmental impact and even resilience to climate change and other future stresses.

This orthodoxy is built on many flawed assumptions including;

The Melbourne Model avoids these flawed assumptions, instead focusing on how we can turn the problem of suburbia in the solution of RetroSuburbia.

Apparently 30% of new apartments are speculation chips kept in mint condition rather than homes for anyone. There are roughly 8 million vacant beds in Australian homes. There are endless rooms, garages, sheds and other space full of stuff no one has time to use. The storage industry holding the stuff we can’t fit in our houses continues to grow.

Even the more widely accepted assumption that we need a major increase in public transport infrastructure echoed by the Infrastructure Australia report never considers the way information technology already allows RetroSuburban home based livelihoods and lifestyles to bypass the need to commute. The potential of garden and urban farming to more efficiently displace so much of the resource burning centralised food supply system is beginning to be articulated by advocates and activists but the 20th century land use planning paradigm that hold sway over our public policies assumes it is sustainable to feed mega cities with just-in-time logistics controlled by corporate monopolies.

In my essay Retrofitting the Suburbs published by the Simplicity Institute, I show how policies, affluence and other factors driving more construction in our residential streets lead to a decrease rather than an increase in population density. When we multiply the declining residents by the declining hours of occupancy, as all activity is sucked out of the home and community and into the monetary economy, we find that our cities are mostly crowded by cars carrying one person constantly rushing between buildings that are poorly used.

For the sake of corporate profits and government tax take, we are continually blindsided to commute each day to work, school, childcare, gym, cafe and mall while our homes lie vacant and unused.

So why should we even consider the creaking cities at the heart of empire as models for Melbourne when our own lineage of Permaculture, Transition Towns, Permablitz and RetroSuburbia are already influencing the progressive edge of urban and community renewal around the world, including New York, Los Angeles and London.

The Melbourne model would give us the potential to survive and thrive challenging futures without submitting to the sterile alternatives of the current urban development debate.